Toy Collection is a hobby of many Kids and Man but, What after buying the Toys.  Most of the people kept it in their room as a show Piece.

All these collector has a dream to come close to their marvel legends and take a photo with them. A Malaysian Man ‘Wire Hon’ now becoming the sensation of internet with his photos wherein he is posed with his collection of Marvel Legends Action Figures.

His simple trick photography is hilarious in which Marvels legends Superhero is doing the daily house chores on his order or roaming all around in his house.

In his picture Marvel Legends Action Figures not doing the task of a superhero but they are doing hilarious work like mopping the floor  or gardening in the Hon’s house, check out Hon’s pictures in the gallery below!

# 10. Always Use Helmet Before Leaving Deadpool

# 15. Hon has shared that how he takes the Pictures with Avengers Superheroes using forced perspective to make the toys appear human-sized

More info: Instagram | He got 76,000 follower on internet due to his dream to have photographed with Marvels Legends.

If your child is die-hard fans of the Marvel Legends, then you can buy it cheap at wholesale price direct from factory outlet at kidzholic.com.

Let Your Child to Use His Imagination Like Hon to Be Famous With His Dream Avengers Superheroes Action Figures.

The Jurassic World Dinosaur Toys That Are the Best Affordable Gift for Your Kid.

Every parent wants to surprise their child by gifting him the toy of his fantasy. Therefore, every year, thousands of parents look for the top toys for their children. One line of toys that are always among the most popular for children of all ages happen to be dinosaur related toys. This prehistoric creature fascinates...

With the release of Avengers Endgame , the fourth Avengers film, the Marvel Superheroes Toys again become a super hit toys among the Children and their sales has increased worldwide. Every Child wants to have Avengers Superhero Action figures in his room whether it is Iron man, Thor, Hulk, Spiderman, Superman, Black Widow, Black Panther, Hawkeye or... 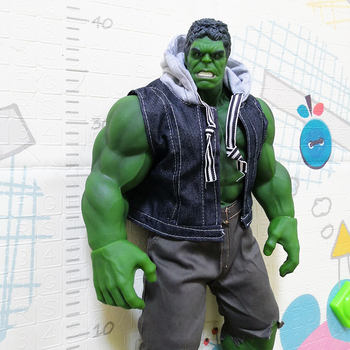 Learn, Why the Wall Climbing RC Car 🚗 is Safe and Best Surprising Toy for Your Child?

Remote Control Cars 🚗 is the best gift when you want to surprise your child. Kids of all age love remote control cars. We all knows that RC cars moves on floor. Have you ever thought to gift your child his dream car which can climb on wall and can...

Before How to Train Your Dragon? Know about your Dragon.

How to Train Your Dragon is a computer-animated action fantasy film  which is  based on the 2003 book of the same name by British author Cressida Cowell. The plot of the story is based on  a mythical Viking world where a young Viking teenager named Hiccup denied to follow his tribe’s tradition of becoming a dragon slayer. After capturing his...

With the release of Avengers Endgame , the fourth Avengers film, the Marvel Superheroes Toys again become a super hit toys among the Children and their sales has increased worldwide. Every Child wants to have Avengers Superhero Action figures in his room whether it is Iron man, Thor, Hulk, Spiderman, Superman, Black...

Read More
Stay up to date
Register now to get updates on promotions and coupons.